The face of the American homeowners market has changed drastically for the better since the late 1800s. More people are seeing the opportunity to buy a home for their families as an investment in their children’s future.

We will take a closer look at homeownership and what benefits it has for the average American citizen, if there are any. Many people are for homeownership and others are against it when it comes to investment possibilities.

Let’s not waste any more time, though! Let’s jump in and see what types of benefits there are for homeowners in the USA.

Home Ownership Has Changed In the Last Few Years

During the 80s, it was the norm among adults to buy a house at quite a young age. They were told that owning property was a good investment and would provide them with better opportunities.

The problem is that, even though most Americans still see homeownership as part of the American dream, fewer people are buying homes. This is especially the case with younger people, as the rate of ownership drops drastically among young adults in their 20s.

According to recent studies, it was found that nearly half the amount of people at this young age have been buying homes over the last 10 years. The reason is that fewer people are finding jobs, and fewer young people are getting married before the age of 30.

Some studies also found that another reason is the much higher amount of student debt young people are experiencing. Young people from the 80s had far fewer and much cheaper student loans to deal with.

In the 80s, a degree cost 10,000 dollars at most. Twenty years later, it was triple that amount, and now, it is even higher.

Interest Rates Are Lower, But Home Prices Are Up

Interest rates on home loans are much lower now than in the 80s and 90s, when it was close to 20%. However, because of the high amount of debt students have when they start to work, they often have poor credit scores.

Nowadays, you will pay around 3% – 4% interest on a 30-year mortgage, and that is nothing compared to the 20% in the 80s. Unfortunately, home prices have soared since then, so you will pay far more than your parents did for the same house.

An average home in the 80s that was priced at 50,000 dollars will now cost you around 1 million dollars, and they will say it is a bargain. As you can see, it is not the millennials who do not want to buy houses – they simply cannot afford it.

People Are Buying Much Later

People still buy that piece of the American dream in the form of their own home, but it is typically at a later age. Young people first want to pay off those heavy study loans before they get married and buy a home.

Will This Ever Change?

With costs of studies still going up and home prices going out of hand, this picture will get worse before it gets better. It will become impossible for the newer generations to have that promised piece of the American dream.

The answer to the question – not far in the future, it will become too expensive to study and buy a home. Thus, fewer people will get married before the age of 30, and fewer homes will be purchased.

Who Or What Is To Blame?

The only things we can blame is the fact that people are not getting married as often before they have better financial stability, as well as the high level of student debts that put buying a house on the sideline.

The trend is that there are far more single renters than couples buying homes, and that disrupts the housing market.

Parents are also allowing their children to stay with them much longer to help ease the debt burden. Check out the following website for good home buying tips and advice. 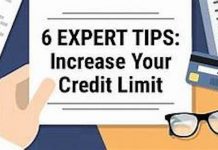 Learn How to Ask for a Higher Credit Limit